MOSCOW — There is nothing new about offshore tax shelters. In ancient Athens, after the government decided to levy a 2% tax on all trade operations, merchants started avoiding the city, conducting business on the surrounding islands instead. Those Greek islands became the first offshore tax havens.

The current offshore landscape evolved in the middle of the 20th century, as former British colonies decided to follow the Swiss banking example and provide clients with completely anonymous accounts, in addition to very low tax rates.

Many of these banking havens would eventually be targeted by law enforcement agencies who suspected them of laundering money for criminal organizations. Still, despite the attention, it hardly managed to kill the offshore model. Now most reputable banks and companies don’t like to deal with firms that are "registered" in Belize or the Cayman Islands, but they don’t have anything against the "special economic zones" that abound in Ireland, Gibraltar, Hong Kong or the United Arab Emirates.

In other words, the "civilized" world has a problem with illegal tax avoidance zones, but no problem with special financial advantages. Just last September, the Group of 20 nations voted on a list of 15 measures to take against tax avoidance, meant to close loopholes in national laws and facilitate international cooperation. Within two years, most expect that all of the G20 members will move to a standard system to share data about taxpayers, and eventually will share information from tax declarations.

It seems like Russia, which is in the middle of trying to reduce the use of "offshore" accounts, fits right in the trend. But some experts wonder if the efforts to reduce dependance on offshore accounts might come at the expense of domestic business development.

The Duma recently adopted a law to try to reduce the number of companies and individuals who use offshore accounts and businesses to avoid paying taxes at home. Needless to say, not everyone is happy.

It’s hard to criticize Russian entrepreneurs for wanting to save money. Let’s start with the fact that low taxes in Russia are a total myth. The taxes on profits stand at 20% (compared to 10% in Cyprus). There is also an 18 percent VAT, and payroll taxes. Starting next year, taxes on dividends are going to go up. And those are just the "official" taxes. There are also the "unofficial" taxes, that also go up all the time: These are the charges levied by corrupt government officials or law enforcement officers who want to get "their piece of the pie."

Under these circumstances, it’s not surprising that businesses move offshore, to protect themselves and manage the situation more effectively. Businesses of all sizes make the move offshore. There are up to 100 companies that are part of Gazprom’s structure that are registered in offshore havens or countries that offer financial benefits. The three leaders in foreign investment in Russian in 2013 were Cyprus, Luxembourg and the British Virgin Islands. 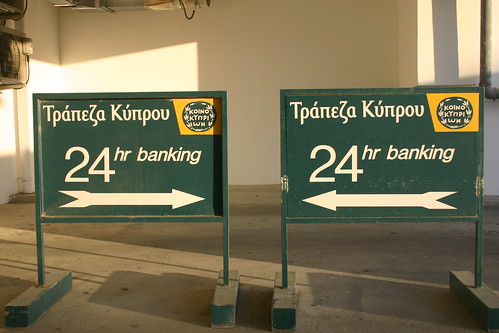 Most of these investments are actually coming from Russian companies. This is because foreign companies in Russia have always been treated differently by law enforcement and government officials. They also don’t have any tax responsibilities. Is it really surprising, then, that one-fifth of Russian exports in 2013 went through offshore firms, totaling $111 billion. That is a direct loss for state coffers, since taxes were not accessed on those exports. In addition to those exports, $50 billion in cash also left the country in 2013. The losses to offshore accounts in 2014 is on track double.

Last spring, the government first announced and then rescinded a new law that would have required all foreign companies owned by Russian citizens to be registered in Russia. The idea was abandoned because it would have caused both financial damages from potential demands that credit be immediately repaid, and because it would effectively outlaw holding companies.

Then there was an idea that any citizen who owned more than 1% of a foreign company would have to include that in his or her tax declaration, but that idea also died because of the very low ownership threshold (in the United States, taxpayers only have to declare companies in which they have more than 50% ownership).

The law adopted by the Duma last week established that citizens who own at least 50% of an offshore company will have to declare their ownership. After two years, the threshold for how much ownership an individual has to have in a company before reporting it on tax declarations will drop to 25%, and then to 10%. This includes owners of companies that are registered in "legal" zones, provided that the tax burden in the place where the company is registered is less than 75% of Russia’s. Not a single recommendation from the business community was adopted.

The Russian government has made it clear that in this time of budget woes, dropping oil prices, a weak rouble and inflation, local businesses are just a cash cow. The sad thing is that they are being beaten by foreign competitors. According to estimates from Bank of America, the government’s de-offshoring could add around $5-6 billion to the overall budget. That’s about the same amount that was being reinvested in Russia annually from Cyprus, Luxembourg and the British Virgin Islands. So it seems like the new law might actually end up being an economic wash. Was it really worth all the fuss?

BERLIN — Over the past two weeks, since the allegations of election rigging in Belarus, there have been calls for Germany to open a dialogue with Russia. As if the country with the world's ...