My Yacht, My Shell Company: Cheating, Divorce And Panama Papers

There may be only one thing super-rich men fear more than the tax authorities, and it's a wife gearing up for divorce. Panama has havens for that too.

MUNICH — The divorce of Dmitry Rybolovlev and his then wife Elena was not just spectacular melodrama, but also a textbook example of the lengths rich people (in most cases men) go to protect their considerable wealth in case of a marital breakup.

Rybolovlev, one of the richest men on the planet according to Forbes, had not only tucked away his wealth away in tax havens but tried to literally hide paintings, home furnishings and a yacht to prevent his wife from being able to lay claim to them. The internal papers of Mossack Fonseca, a Panama law firm, document Elena Rybolovlev's lawyers' efforts to recover these items.

The material that Süddeutesche Zeitung received and which was analyzed by journalists from around the globe also demonstrates that the Mossack Fonseca law firm also offered their "cover-up" services purposefully as part of their divorce packages. Wealthy clients — again, almost always men — asked off-shore experts at Mossack Fonseca to hide their money from someone they feared even more than the Ministry of Finance, namely their spouse. The Panama-based company's advisors, fazed by no sort of interpersonal issues, duly obliged.

On some level, a divorce winds up as nothing more than horse trading. It is usually the lawyers rather than the spouses who will sit across from one another to hammer out the financial details. But the very rich try to prevent this situation from occurring by either arranging for pre-nuptial agreements to be signed, or for the experts of law firms such as Mossack Fonseca to "disappear" the assets by investing them in foundations and front companies. Explicit emails which were leaked as part of the Panama Papers investigation detail the involvement of the employees of Mossack Fonseca to aid their clients in carrying out such a strategy.

One note that an employee of the firm's Luxembourg branch wrote to a colleague came with a winking smiley: "This one should be an easy challenge for you. But don't use your extensive knowledge for your personal goals ;-) Now: A Dutch man wants to protect a part of his assets from the unwelcome side-effects of a divorce (which is on the horizon!). What would you recommend? Can I use an old-fashioned trust fund to prevent the ex-wife's access to these assets?"

Sometimes, but this is very rarely the case, it is actually the wife who wishes to hide her money. The documents discovered at Mossack Fonseca highlighted the case of a Peruvian woman who, as she openly tells her financial consultants that she had stowed her assets away in front companies to prevent her husband from discovering that she had inherited money.

In the case of Rybolovlev vs. Rybolovlev, fraud was never proven, but in the Peruvian case above, the mistrust between the spouses and the suspicion of off-shore money investment were the focal point. The Rybolovlevs had met while both studying medicine, and married in 1987 in Russia. The husband became a businessman after the opening of the Iron Curtain and started to deal in fertilizers.

Dmitry Rybolovlev moved to Switzerland with his wife and two daughters in the 1990s. On Dec. 22, 2008, Mrs. Rybolovlev filed for divorce at a court in Geneva. According to Swiss law, she was therefore entitled to half of her husband's assets.

The Rybolovlevs are, as stated by their lawyers, "incredibly rich." Mr. Rybolovlev ranks 59th on the Forbes 500 list of the world's wealthiest, and the couple's lifestyle reflected that position. Mrs. Rybolovlev's lawyers, among other things, referred to the family's "impressive collection of modern art," including paintings by artists such Pablo Picasso, Vincent van Gogh, Claude Monet and Mark Rothko.

But it seemed very difficult for Mrs. Rybolovlev to unwind the various strands that was the entangled mess of assets and to actually get a hold of those that were rightfully hers. Dmitry Rybolovlev had, long before a divorce was on the horizon, transferred most of his assets to various trust funds, to, supposedly, protect his daughters' financial future. But it was not clear whether the wife was now entitled to these growing assets as part of the wealth under discussion.

But what raised Mrs. Rybolovlev's suspicions was the fact that the owners of the paintings, furnishings and yacht were, officially, three front companies registered in the British Virgin Islands. She was unsure if she had access to these items and feared that her husband was in sole control of these companies — and that these treasures could, therefore, disappear at any moment. These front companies had once been established by Mossack Fonseca.

It seemed clear to Mrs. Rybolovlev that she was only going to be able to get her share of the assets if she acted quickly and struck with considerable force. Only a week after the divorce filing in Geneva, three of her lawyers appeared before a judge at a court on Tortola, the main island of the British Virgin Islands, on Dec. 30, 2008. The lawyers thanked "her ladyship" for receiving them between the holidays and apologized that, due to the holidays, they were not as prepared as they usually would have been.

After this brief exchange of pleasantries they voiced their concern that Dmitry Rybolovlev was squirreling away the family's treasures. The paintings, for example, among them Van Gogh's Landscape with Olive Tree and Picasso's Pierrette's Wedding had always been stored in Geneva, where the family usually resides, but many of these had now been moved to Singapore or London. The lawyers also mentioned the valuable furnishings as well as the yacht My Anna, worth $60 million, and which nominally belonged to a front company called Treehouse. Mrs Rybolovlev, they explained, feared that her husband was going to move the yacht out of the Virgin Islands territorial waters or sovereign territory of Switzerland and take it out of her reach. 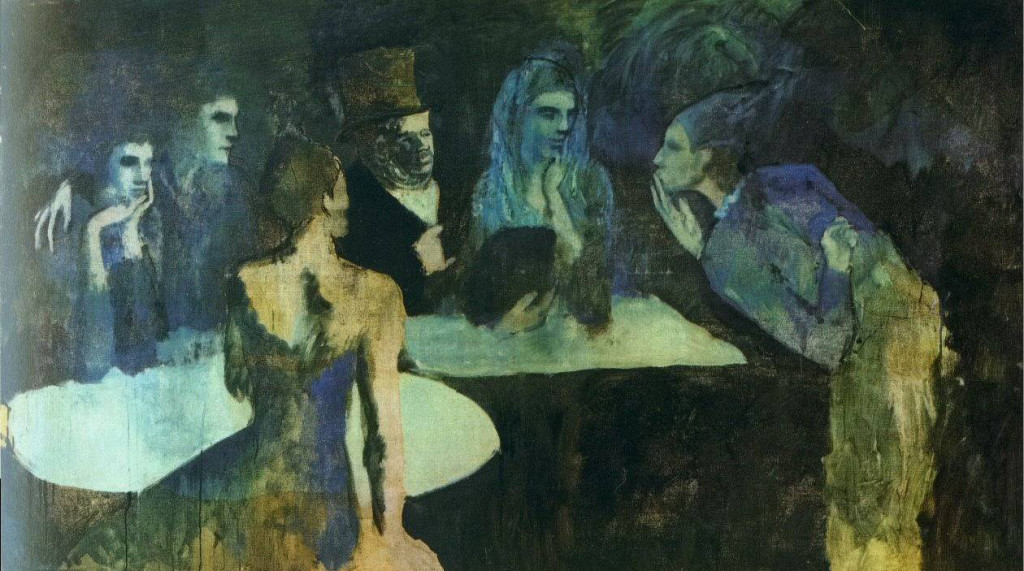 The judge in the end agreed that there was "a significant risk" that the yacht, paintings and other goods were going to "vanish" and ordered the assets of these front companies to be frozen for the time being.

Dmitry Rybolovlev is a media-shy man who declined to comment for the purpose of this article when asked. It was never proven that he committed fraud intentionally by hiding his assets from his wife, and he denied several times having done so. But cases such as these imply that that was the case. "The closer certain business transactions are in time to the divorce, the more likely it is that one of the spouses is trying to cheat the other," says Sanford Ain, lawyer in Washington.

Hiding mutual assets so as to not have to share these in case of divorce can, of course, be viewed as fraud, which incurs punishment. But Mossack Fonseca representatives have stated that they "regret any misuse of the companies we create or services we offer. Wherever possible we take steps to either uncover or stop such misuse." Still, the leaked documents demonstrate that the employees are aware of the fact that some clients wanted to purposefully hide money from their future ex-spouses.

It was never revealed how much money Mrs. Rybolovlev eventually received after the settlement in autumn of last year. But it is the service providers in tax havens who are the true winners of such cases. The local branch of Mossack Fonseca aided the Rybolovlev's in hiding their money in the first place, and another law firm helped Mrs. Rybolovlev to recover part of the family's assets as part of her divorce deal.

Lawyer Ain Sanford once represented a female client in a divorce case, and it cost $2 to $3 million to uncover and disentangle the web of front companies into which the assets had been poured by her husband. That is a lawyer's fee not many are able to pay. If viewed rationally, covering up and uncovering assets, and their attendant industries, seems to be a very lucrative business.

Building With Bottles On A Panamanian Island

COLÓN ISLAND — As the world continues to bury itself in plastic bottles, a few pioneers are coming up with clever ways to put all that refuse to good ...

Panama Papers, A Haven For "Regular Guys" Too

While most attention has been devoted to the VIPs and politicians cited in the leaked documents of the Panama shell-company firm, most of the people turning to tax havens look much more like you and me.