MUNICH — As the Volkswagen scandal continues to unfold, you can either look behind or look ahead. How has this historic German auto giant with 12 brands and 600,000 employees worldwide found itself spiraling downward in a bottomless pit since revelations that it manipulated emission measurements from its diesel models? How was it possible to scam clients and environmental authorities for so long? And how is it possible, now, that VW can do so little to stem the damage from the biggest crisis in its history?

But while the German automaker is still busy tracking down the faulty vehicles, there are some mighty Californian companies ready to pounce. Starting with Apple, which has announced its goal of bringing the first iCar on the market by 2019. The secret project's code name: Titan. And then there's Google, the other Silicon Valley powerhouse, which let the prototype of their self-driving car cruise around on the roof of a former Californian mall. This is a car that might be on the roadway in as few as five years from now, combining the most futuristic artificial intelligence technology with the look and feel that one industry expert compared to the classic Fiat 500.

One more glance at the landscape of the West Coast of the United States finds electric car manufacturer Tesla presenting its first SUV model, a cross-country city car with "falcon-wing" doors that seats seven. Tesla founder Elon Musk boasted that "it's like a car from the future."

And so as Tesla, Apple and Google push with all their might on to the global automobile market, the longtime colossus of the German car industry has never looked so old. The coincidence of these events, from California to Wolfsburg, might sound the bell for a whole new era.

For the world of traditional car manufacturers, it's about learning to see the whole picture. After these painful recent weeks, some want to make clear they will not go down without a fight.

"I consider it inappropriate to distinguish between traditional and modern car companies," BMW Harald Krüger told Suddeutsche Zeitung. "The whole industry has changed: In order to succeed in the future, one has to confront the following challenge: 'How do I use the digitizing of the world in the best interests of my clients, and of my company?' And: 'How can I invest in individual mobility in as sustainable and eco-friendly way as possible?' And this is valid for everyone, from Silicon Valley in the U.S. to Bavaria in Germany." 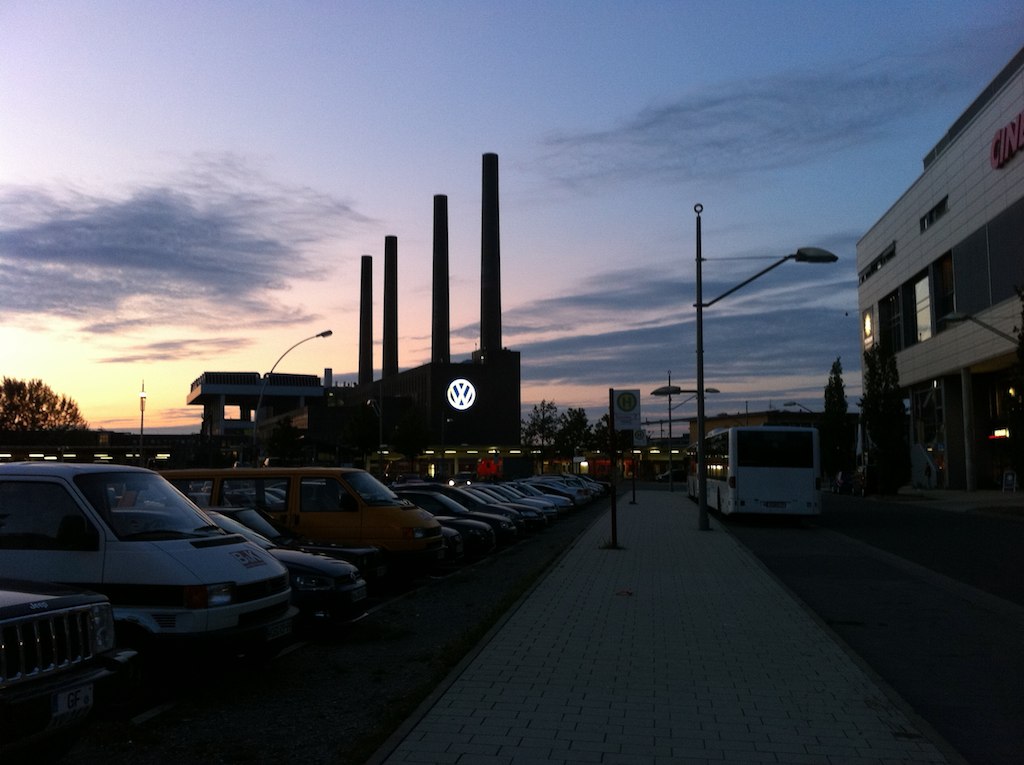 Perplexed, an entire worldwide industry is watching Wolfsburg. The more information concerning VW's emissions manipulation comes out, the deeper its competitors are forced to look into their own development labs. They fear a wildfire, spreading from Wolfsburg out over the whole country. "It's a daily fight for our clients' trust," says BMW's Krüger. "It cannot be taken for granted. And it includes the unwavering respect for the rules laid down by the regulatory authorities."

In Germany, one out of seven jobs depend directly or indirectly on the car industry. And if the world buys fewer German cars, this has serious consequences for cities like Wolfsburg (VW), Ingolstadt (Audi) or Dingolfing (BMW). Germany's largest union, IG Metall, warns: Thousands of jobs in the supplier industry are threatened because of the scandal.

For the moment, the only one in real danger is VW itself. The company has put aside 6.5 billion euros to help pay for the scandal's aftermath. But that most likely won't cover much more than the retooling of the affected vehicles. Some estimate the entire scandal might cost VW up to 50 billion euros over the next couple of years — damage to the company's image and consequent sales slump not included.

No, even an auto giant as big as Volkwagen doesn't have that kind of money.

Analysts are playing through different scenarios. At the end of the day, the holding company that has become this 12-brands-empire through pricey acquisitions over the last years, might as well simply throw some of them back on the market. The truck-division MAN and Scania for instance, the car brands Seat and Skoda, or — particularly painful — the luxury daughters Audi and Porsche.

VW shares are still worth some 48 billion euros, even after the dramatic crash on the stock market. Just as a point of comparison, however: Would-be auto upstart Apple sits on a fortune of 180 billion euros. If it was interested, it might even buy Volkswagen ...

The University of Oxford is planning to change its curriculum to focus on fewer white composers and more non-European music. But does it really make sense to bury Beethoven and Brahms?

Volkswagen and other German car companies want to develop their own software systems and thus close the e-car technology gap with Tesla. But success will depend on a cultural change in the established auto sector.