MEXICO CITY — Will the mask come off? A Mexican judge has ruled that sedition and terrorism charges have expired against 13 rebels of the Zapatista Liberation Army (EZLN), including those filed against the group's masked enigmatic former leader, Subcomandante Marcos, La Jornada and other media reported.

The EZLN rose in revolt in 1994 to defend indigenous people in the southern state of Chiapas against a range of government rights abuses, and soon, the group became an admired force in Mexico and beyond, representing a leftist, non-violent, anti-capitalist lifestyle.

Having survived the state's initial bid to crush their revolt, the Zapatistas have in recent years become less focused on guerrilla tactics and more involved in civilian protests, which has bolstered their popularity in Mexico. They have never espoused the brutality of other major rebel armies in Latin America, such as communist Revolutionary Armed Forces of Colombia (FARC).

Forced into hiding since the 1990s, former EZLN leader Marcos decided to cover his face with a black balaclava, a move that quickly turned him into an iconic – even fashionable – figure, not unlike Argentinian revolutionary Che Guevara. The pipe-smoking Marcos always gave interviews masked, though he may have revealed his face once to CNN correspondent Carmen Arístegui. 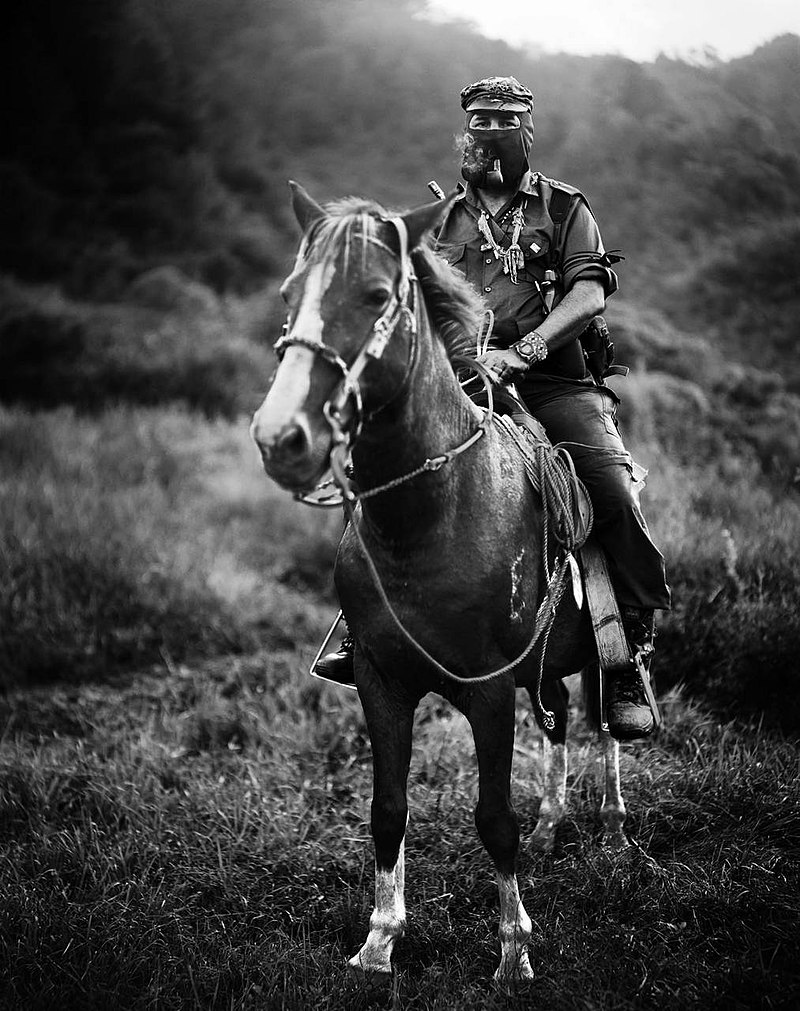 He systematically denied the identities state officials attributed to him, likely in a bid to strip him of his mystique; members of the family alleged to be his corroborated the denials, but in any case, confusion and mystery were part of the game, as they so often are in Mexico.

In 2014, after stepping down as head of the EZLN, Marcos declared his persona "dead" and said he was henceforth to be called Galeano, after an EZLN activist murdered by an armed gang. In theory, his retirement from the limelight means that Marcos (or Galeano) can now walk, shop and cycle as publicly as he pleases. Whether such newly gained freedom would risk losing his iconic status remains to be seen.

What Mexico Can Learn From Trump's Desperate Last Stand

Mexico's current leader, and loud-and-proud leftist, has more in common with the outgoing U.S. president, a conservative Republican, than many people realize.

Mexico's socialist president is fanning class resentments and threatening Mexico's fragile social peace, while delivering little of the welfare he promised in 2018.