MALAYSIA AND INDONESIA TO RESCUE MIGRANTS
Malaysia and Indonesia have pledged to provide temporary shelter to the estimated 7,000 migrants believed to be stranded at sea, a move that AP characterizes as “a potential breakthrough in the humanitarian crisis confronting Southeast Asia.” Most of the migrants are members of the long-persecuted Rohingya Muslim minority in Myanmar. Hours before the announcement, some 400 migrants were rescued by Indonesian fishermen after their boat was reportedly turned away by Thai and Malaysian authorities.

IRAQ READYING FOR RAMADI BATTLE
The Iraqi government has issued a statement calling for volunteers to join the fighting squads as it prepares for what promises to be a long battle to retake the city of Ramadi from ISIS’ grip. While analysts are criticizing Baghdad’s failed strategy and its shortcomings, Barack Obama is said to be eyeing faster training and more arms supplies for Iraqi tribes. Read more from Al Jazeera.

5 HOURS
U.S. President Barack Obama’s new Twitter account @POTUS broke a new record as it reached 1 million followers in under 5 hours. Oh, and just so you know, the White House actually archives every “mention” and “direct message.” So think before you tweet. 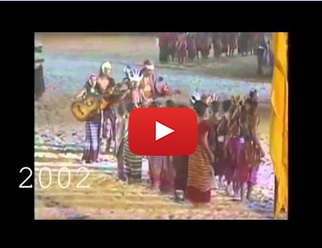 Happy birthday, Cher! See that and three other notable events from this day in your 57-second shot of history here.

FRANCE’S ALTICE BUYS SUDDENLINK
Telecommunications group Altice, of French-Israeli businessman Patrick Drahi, is entering the U.S. cable sector with the acquisition of 70% of Suddenlink for a reported price of $9.1 billion, according to Les Échos. And this could be just the beginning for Altice with Bloomberg reporting that the group has made a takeover bid for Time Warner Cable. Altice has made a number of important acquisitions under the leadership of Drahi, who also owns French publications Libération and L’Express, as well as Israel’s i24news.

EXTRA!
The USA is celebrating the end of the David Letterman era. We’ve put together our own international ode to the legendary American talk-show host, a video of those around the world who have taken a page from Dave. Watch it here.

POROSHENKO DOESN’T TRUST PUTIN
Ukrainian President Petro Poroshenko told the BBC he doesn’t trust his Russian counterpart Vladimir Putin but had “no other option” than negotiating with him. In the interview, Poroshenko, who was elected a year ago, also commented on the arrest last weekend of two Russian servicemen in eastern Ukraine. “Can I be absolutely clear with you, this is not a fight with Russian-backed separatists, this is a real war with Russia,” he said. Moscow denied the accusation and said the two servicemen were no longer employed by the state when they were caught. 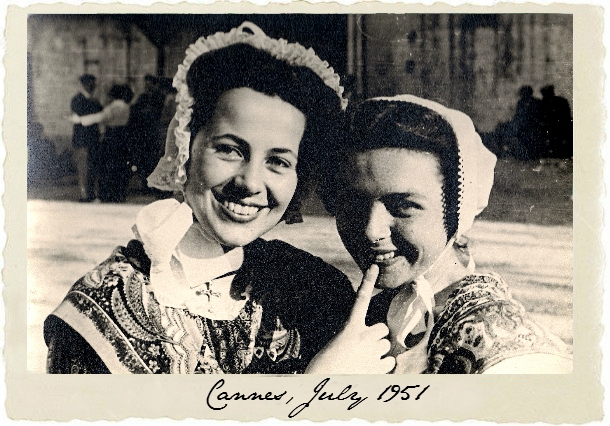 VERBATIM
“Lock them in, do not let them go out, then they will not post anything,” is how Chechnya’s leader Ramzan Kadyrov wants husbands to deal with wives who took to Whatsapp to criticize a controversial marriage. Last weekend, Kadyrov approved the apparently forced marriage of a 17-year-old to an already married police chief aged 47, in violation of Russia’s anti-polygamy law.

ISRAEL IMPLEMENTS SEGREGATED BUSES, THEN CANCELS MOVE
Israel’s Prime Minister Benjamin Netanyahu and Defense Minister Moshe Ya'alon have suspended a project to implement segregated buses, hours after it was introduced. Under what a Defense Ministry official had told AFP was a “three-month pilot project,” Palestinians who commute to Israel to work would have been banned from using the same buses as Israeli citizens. Opposition leader Isaac Herzog had characterized the policy as “an unnecessary humiliation” while the leader of the left-wing Meretz party, Zahava Gal-On, commented “This is how apartheid looks.”

WORLDCRUNCH-TO-GO
The road to recovery will be long and steep for Nepal, writes Roger-Pol Droit in Les Échos. But there may be something about the Nepalese psyche that allows the country to survive catastrophes differently: “Nepal, where 80% of the population is Hindu, is a conservatory of Indian thought traditions. Coexisting without any real conflicts are many schools and branches of Hindu, not to mention Buddhists, which represent about 10% of the population. All are living in what is believed to be Buddha's birthplace. The Nepalese are therefore permeated with a metaphysical, cultural and spiritual background different from that of Westerners.”
Read the full article, Nepal, The Spiritual Roots To Guide Earthquake Recovery.

U.S. CHARGES CHINESE NATIONALS WITH ESPIONAGE
The U.S. Justice Department has charged six Chinese nationals, including three professors who attended the University of Southern California, with economic espionage on behalf of Beijing. Read more from The Wall Street Journal.

BAD TOILET HABITS
We’ve apparently been pooping all wrong for decades. This is how we should do it.

A local murder case that set off a worldwide movement arrived this week at its verdict, after three weeks of witness and expert testimonies: A Minneapolis jury found former police officer ...

Rather than ratchet up spending on America's already bloated military, the U.S. president should take a broader view of national security and help develop economies elsewhere.