ISIS DOCUMENTS LEAKED
A disillusioned ISIS fighter gave a Sky News reporter a memory stick stolen from the terrorist organization containing tens of thousands of documents, as well as 22,000 names, addresses, telephone numbers and family contacts of jihadist fighters. The disclosure of these documents could prove to be a boon to Western intelligence. The source is apparently a former fighter in the "moderate rebel" Free Syrian Army who later joined ISIS, before becoming disillusioned with the terror group's leadership. The documents also show how recruits are required to complete a 23-question form, asking for both personal details and past jihadist experience. According to The Guardian, the documents were first leaked to German intelligence.

VERBATIM
"I am proud that the gentleman who is the head of Goldman Sachs ... said I was dangerous, and he's right. I am dangerous for Wall Street," Bernie Sanders said during last night's Democratic presidential debate with rival Hillary Clinton, receiving cheers from the crowd. As The Hill notes, it's becoming increasingly clear that the two candidates are "getting under each other's skin." Asked by one of the moderators whether she'd drop the race if she was indicted over the private email server she used as Secretary of State, Clinton refused to answer, retorting instead, "It's not going to happen. I'm not worried about it, and no Democrat or American should be, either."

ECB TO ANNOUNCE STIMULUS MOVES
All market eyes will be looking towards Frankfurt today where European Central Bank President Mario Draghi is expected to announce new measures to boost both the eurozone economy and low inflation. Having said in December that there were "no limits" to ECB's efforts, Draghi will likely increase its quantitative easing program while further cutting its already negative interest rate, despite growing concern that the policy is "doing more harm than good." Read more from The Wall Street Journal.

WORLDCRUNCH-TO-GO
In France, the twin problems of the economic crisis and university studies taking longer than expected have conspired to force many young adults to return home to their parents. As Pascale Krémer reports for Le Monde, the problem is that they sometimes bring their partners with them. "This intergenerational cohabitation is definitely a thing," he writes. "In France, 4.5 million young adults live with their parents or friends, according to a recent study by the Abbé Pierre Foundation. The average age for young people to leave the nest is 23.5, six months older than in 2008. In Paris and its surrounding region, fully half of young adults under 25 still live with their parents. But often these arrangements come with not just one, but two, young people."
Read the full article, The French Boomerang: When Adult Kids Move Back Home (With Lover In Tow).

QUEEN DENIES SUPPORTING BREXIT
Queen Elizabeth filed a complaint with the British press watchdog yesterday after Rupert Murdoch's tabloid The Sun reported that she supported Britain's exit from the EU. If true, the claims would mark a break in the Queen's official political neutrality. But speaking to the BBC, the newspaper's editor-in-chief Tony Gallagher stood by his story. Read more from Le Blog.

1,338
[Photo: Brocken Inaglory/GFDL]
At least 1,338 African rhinos were killed by poachers in 2015, a grim figure that's been steadily rising for the past six years. Demand is high for rhino horns in countries such as China and Vietnam, where they are believed to offer a miracle cure for cancer and other diseases. The International Union for Conservation of Nature said the situation was particularly worrying in Namibia and Zimbabwe.

BRAZIL'S LULA CHARGED
Prosecutors have indicted former Brazilian President Luiz Inácio Lula da Silva for money laundering and misrepresentation of assets just days after he was detained for questioning as part of the Petrobras corruption scandal. A judge must still formally accept the charges for the case to proceed. Meanwhile, Folha de S. Paulo reports that Lula's successor, Dilma Rousseff, is still under the threat of impeachment partly because of her alleged involvement in the Petrobras conspiracy, and that she is being pressured to appoint Lula as a minister in her government to protect him from the investigation. Amid these developments, Lula is apparently gearing up for a comeback.

It's a Chuck Norris/Alexander Graham Bell mashup in today's 57-second of history.

SUU KYI WON'T BE MYANMAR'S PRESIDENT
Aung San Suu Kyi's hopes to become Myanmar's president seem to be all but over after her National League for Democracy party nominated two of her loyalists for the job, AP reports. The Nobel Peace Prize laureate is said to have had several closed door meetings with the military, but she apparently failed to convince them to suspend a constitutional clause that bars her from becoming president because her late husband and her two sons are British. But Suu Kyi will be expected to call the shots from behind the scenes after her party won a landslide victory in November. 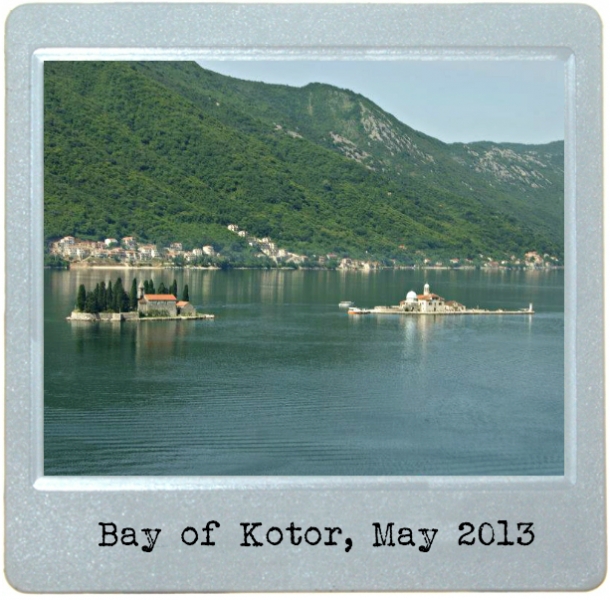 RESTORATION GONE WRONG
The restoration of a 1,000-year-old castle in Cádiz, Spain, has left locals and conservation groups bemused and outraged. Some describe the work as a "massacre" of a heritage site. Failed restorations seem to have become a habit in Spain: Remember this painting?

As Tanzania seeks to decongest Africa's fastest growing city, more women are stepping up to become registered as professional engineers.

A tiny African tribe, the Hadza continue hunter-gatherer lives on the edge of the sedentary world. They recognize no official leaders, but vote in national elections for the most practical reasons.