Nepal officials are acknowledging that the response to Saturday’s devastating earthquake that took at least 5,000 lives has been too slow for survivors in remote villages, who are still waiting for aid to reach them, Sky News reports.

Australia has recalled its ambassador to Indonesia after the country executed eight people, including two Australians, by firing squad early today as part of what Indonesia’s attorney general described as “a war against horrible drug crimes,” ABC reports. Among the others killed were four Nigerians, one Indonesian and a Brazilian. According to O Globo, the Brazil government denounced the execution of its citizen as a “grave development in the relationship” between the two countries and said it would “assess” its important economic partnership with Indonesia after presidential calls to spare the convict’s life were ignored. A ninth prisoner, a Filipino woman, was granted a last-minute reprieve after a woman admitted to having tricked her into carrying drugs into Indonesia.

A first-of-its-kind World Health Organization study in Europe revealed that air pollution cost the continent a staggering $1.6 trillion, a tenth of its GDP, in 2010. According to the report, outdoor and indoor pollution causes 600,000 deaths a year in the European region in addition to many diseases.

Nigerian troops fighting the Islamist group Boko Haram announced yesterday they had rescued 293 girls and women the jihadists were holding hostage, newspaper Vanguard reports. It appears that those rescued did not include the 200 girls abducted in a school in Chibok in April 2014. The army also said it had cleared “four key terrorist camps” and seized weapons. “Our gallant troops have been making progress in the desired aim of ridding the nation of terrorists and their sanctuaries,” an official statement read.

One tweet is all it took for Twitter’s shares to plummet by more than 18% yesterday after financial intelligence service Selerity reported the company had lower-than-expected revenues.

Officials characterized the situation in Baltimore as largely “stable” last night after violent riots erupted Monday over the alleged police killing of 25-year-old Freddie Gray. According to The Baltimore Sun, the police clashed with small groups of people and fired tear gas and pepper spray in an effort to enforce a citywide curfew. Ten people were arrested, most of them for violating the curfew. Speaking from the White House, President Barack Obama said the nation must “do some soul searching.”

As Calcalist’s Tamara Wolman writes, bags, pouches and purses are among the world's oldest fashion items, used through the ages for carrying seeds, weapons and eyeliner. Over the course of centuries, it has been an indispensable accessory. “Sigmund Freud, the father of psychoanalysis, even argued that women’s purses subconsciously represent their genitals and their relation to them,” Wolman writes. “But even without going as far as the subconscious, the handbag has always concealed secrets and significances, a mirror of both the person and their approach to their property and image. And the more society, culture, technology and objects have evolved, the more image has become precious — an asset, perhaps even more valuable than material ones. Accordingly, the handbag has become an object that bears the tension between the functional, containing, concealing and the ostentatious, visible and representative.”

Read the full article, Handbags, The Accessory That's Carried On Through The Ages.

International sanctions and the ruble’s collapse in value have hit Russia’s gas giant Gazprom badly, with the company reporting net profits for 2014 seven times smaller than the previous year.

Public sector workers will work shorter days in Venezuela as part of what the country’s vice president described as “preventive measures” to reduce energy consumption as a significant heat wave drives demand, El Universal reports. By limiting work days to six hours, the government hopes to save 20% in energy. It’s urging the private sector to improve efficiency and citizens to reduce consumption during peak times.

WORLDCRUNCH
Premium stories from Worldcrunch's own network of multi-lingual journalists in over 30 countries.
Bertrand Hauger
WORLDCRUNCH

Nepal officials are acknowledging that the response to Saturday’s devastating earthquake that took at least 5,000 lives has been too slow for survivors in remote villages, who are still waiting for aid to reach them, Sky News reports.

WORLDCRUNCH
Premium stories from Worldcrunch's own network of multi-lingual journalists in over 30 countries.
Bertrand Hauger
WORLDCRUNCH

Giorgia Meloni at a political rally in Palermo on Sept. 20.

ROME — After Sunday’s national election results, Italy is set to have its first ever woman prime minister. But Giorgia Meloni has been drawing extra attention both inside and outside of the country because of her ideology, not her gender.

Her far-right pedigree in a country that invented fascism a century ago has had commentators rummaging through the past of Meloni and her colleagues in the Brothers of Italy party in search of references to Benito Mussolini.

But even as her victory speech spoke of uniting the country, it is far more useful to listen to what she herself has said since entering politics to understand the vision the 45-year-old lifelong politician has for Italy’s future. 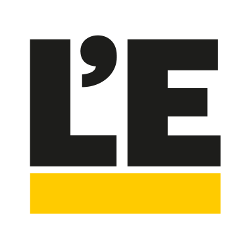 Injecting Feminism Into Science Is A Good Thing — For Science

Feminists have generated a set of tools to make science less biased and more robust. Why don’t more scientists use it?

In The NewsRussiaUkraineSourcesWORLDCRUNCHfeatured-postCountries
Anna Akage, Sophia Constantino, and Emma Albright